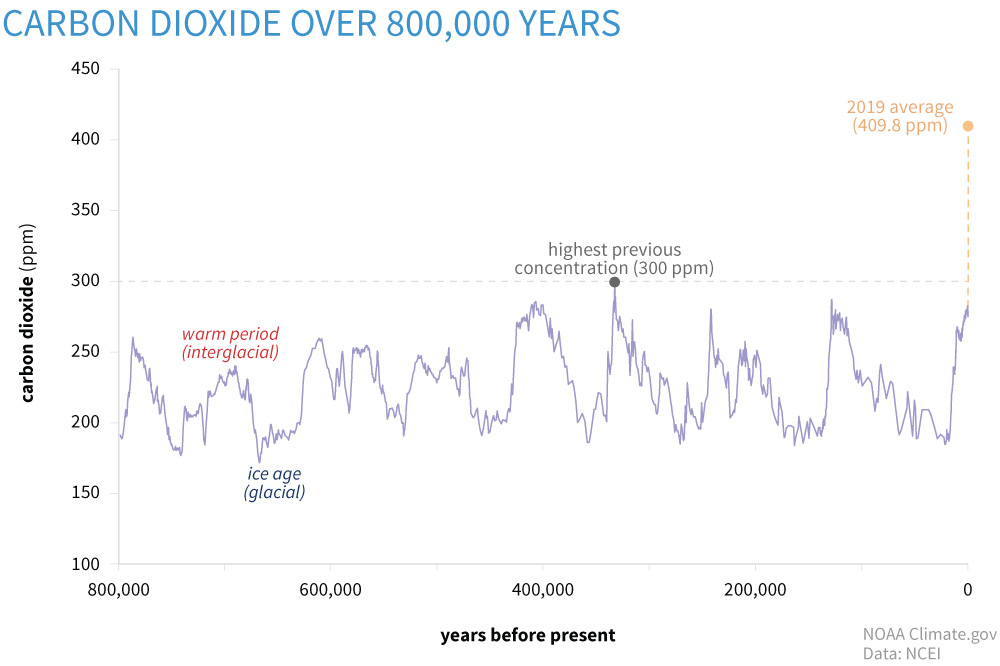 Global heating: a topic that concerns us all

What is global heating?

Global heating is an increase in the mean annual temperature of the Earth due to human activities, not linked to natural cycles. The temperature varies in a given place in relation to many factors, such as weather, day/night, season, altitude, presence/absence of vegetation, the inclination of the sun’s rays and many others.

The mean annual global temperature considers all these variables in the long period (climate), not in the short period (weather). Due to the greater thermal energy retained by the Earth’s atmosphere, extreme events can be increasingly frequent and intense, not only in terms of temperature. Extreme events can also be cold, such as unusual or unseasonal snowfalls. Cold spells are more than compensated by heat waves in other parts of the planet.

What are the causes of global heating?

The causes may be natural or man-made, the main difference being the period of time during which the causes manifest and their intensity. It is true that climate changes have always happened and that in the past the world has been much hotter than now, but humans have no experience of this, nor have almost all the species of animals and plants that currently inhabit the Earth, and on which we depend for our survival. The first evidence of Homo sapiens dates to only 200,000 years ago.

Natural causes manifest over millions of years. By burning fuels and felling forests, humans are increasing the concentrations of greenhouse gases in the atmosphere over a few decades and to levels higher than those seen in the last 800,000 years.

Consequences and effects of global heating

We also know that the concentrations of greenhouse gases in the atmosphere, and hence the trapping of more heat, can affect the patterns of air and sea currents, changing precipitation patterns and many other natural cycles. For example, there is evidence of the first signs that the Gulf Stream, which tempers the climate of northern Europe, is slowing down.

Many environmental aspects we take for granted and on which we depend could change forever and we are unable to predict the medium-to-long-term changes, because we have no experience of anything similar. We can guess what might happen but we cannot know when, where or with what intensity.

The consequences of global heating in Italy and the Mediterranean

The Mediterranean basin is a climatic hotspot. This means that the consequences of a warming climate are felt more acutely here than in other areas. Mean temperatures in this area undergo greater variations and summers become hotter. Droughts are longer and affect a greater proportion of the basin. Storms and “water bombs” increase in frequency, causing flooding and associated damage. Storms like Vaia (2018) felled millions of trees in northern Italy.

How near is the point of no return?

It is not simple to define a true tipping point. We cannot forecast the moment when equilibria will be definitively broken. It is like observing a vase falling, without knowing where the floor is: sooner or later it will smash and we can only hope to catch it before it is too late. Once it is broken, it will never be what it was. Repair may be possible, but the vase will be defective.

From a point of view between science and politics, the tipping point has been established at an increase of 2 C° with respect to pre-industrial mean global temperature. The objective of not exceeding a 2 C° increase, but rather to do whatever it takes to keep the increase below 1.5 C°, was approved by all countries in 2015 with the Paris Agreement, which came into force in 2016.

Solutions and remedies: How can we reduce global heating?

In Europe a 40% reduction in net man-made CO2 emissions with respect to levels of 1990 is required by 2030. This implies massive national and international investment in projects for a radical reduction of greenhouse gas emissions and increased sequestration of CO2 in order to meet the goal of keeping mean annual global temperature rise below +1.5 C°. Since methods of CO2 withdrawal are relatively ineffective and limited, the only possibilities we have to reduce emissions are:

After the first World Summit in Rio de Janeiro in 1992, the United Nations Framework Convention on Climate Change (UNFCCC) convened delegations from all countries annually in order to act internationally to solve the increasing problem of climate change. These meetings are the Conferences of the Parties (COP).

The Kyoto Protocol was a result of COP3 held in Japan in 1997. It set legal limits on greenhouse gas emissions for many industrial countries and certain central European transition countries, but not for developing countries. However, the protocol did not come into force until 2005 and the reduction targets that were set were for the period 2008-2012. Although the European Union was able to meet the targets, the Kyoto Protocol proved to be an international failure.

In 2015, at the conclusion of COP21 in France, the Paris Agreement was signed and came into force the following year. The targets were: